Mark’s had two things in his life he would die for: his wife and his car; a rare fully restored GT Falcon. His wife has vanished and his car has been repossessed, but there is much worse to come.

Mark Ronson works as a driller for a mining company, two weeks on, one week off. One day he is delayed returning from shift when a series of things go wrong on what becomes the worst day of his life. When he finally arrives his wife, Shelley, doesn’t show up at the airport to pick him up. He cabs it home, and that’s when his troubles really start. His credit card won’t work, and when he gets inside his house his wife is missing, as is his pride and joy; a fully restored 1971 XY Phase Three GTHO Ford Falcon, one of only three hundred built and worth somewhere between three and five hundred thousand dollars. On the table is a notice of repossession because payments have been missed to the bank.

Shelley does not return home, and Mark discovers their savings are gone, their credit cards are maxed out and the rent is unpaid. He borrows money from his father and pays the arrears on the car. But when he goes to reclaim it from the holding yard, they tell him it never arrived there. Penniless and carless he asks Private Investigators Dillon Bradley and his new wife Jayne to find his wife and car.

Dillon finds blood stains in Mark’s garage and calls in the police but has to back off when foul play is suspected. Two days later Mark’s wife’s body is discovered in the boot of her car, dumped in a city park, and because the time of death is after Mark arrived home, he is the only suspect, and is arrested for her murder.

Dillon and Jayne believe him to be innocent and continue to look into the case which leads them into a world of illegal high stakes poker, loan sharking, underworld figures and murder.

Available now via Amazon as an E Book or paperback. Or order a personally endorsed and signed first edition from this website.
Genre: Thriller / Crime 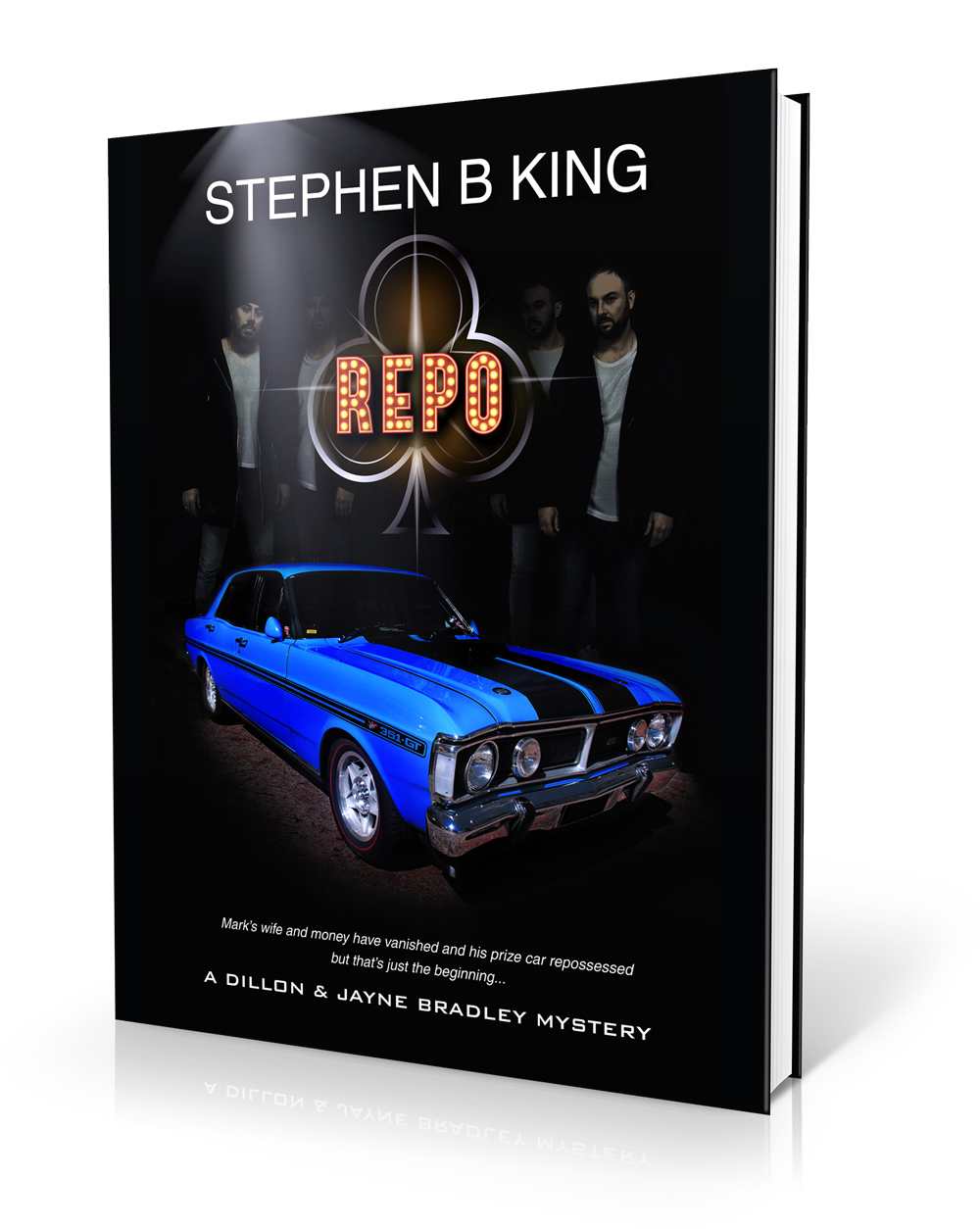