Glimpse, Memoir of a Serial Killer

1999 in Perth, Australia, recently separated Sergeant Rick McCoy investigates the murder of a woman found dissected and packed inside a suitcase. With the approach of the new millennium, and the threat of computers shutting down worldwide, he reconciles with Juliet, but gets no closer to finding the killer.

The murderer, abducts another victim and threatens to dismember her and send Rick body part each day he is not stopped. He is trying to rebuild his marriage and is frustrated at every turn in the investigation. When he is paired with glamorous Criminal Psychologist, Patricia Holmes, the attraction they share is instantaneous. They are in a desperate race against time to free the victim while Rick fights his desire for his new partner.

The killer wants fame in equal proportion with revenge, and he keeps a diary, which he believes will make him the most famous serial killer in Australia’s history, if only the police could catch him. 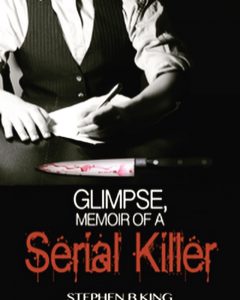